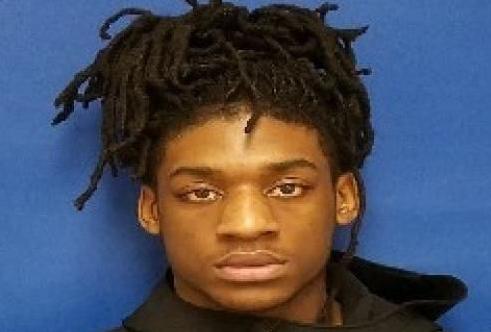 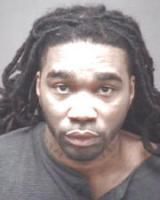 NASHVILLE — Nashville Police Chief Anthony Puckett already has received his wish for Christmas: a resolution to the November home invasion and homicide and a degree of closure for the family of Marquis Perry.

Puckett held a press conference Friday afternoon to announce that two suspects have been identified in connection with the Nov. 14 shooting of 27-year-old Marquis Perry. Perry was killed at the Oak Tree Apartments at 1847 First Church St. in Nashville. Perry’s girlfriend and 12-year-old child were present in the apartment at the time of the incident and the girlfriend was found bound when Nashville police arrived.

“As of today, the Nashville Police Department can say that we’ve identified the individuals who committed this heinous act,” Puckett said at the press conference.

Warrants were issued for Antwan Ray Hawkins of Charlotte and Montreal Tyrek Cooper of Maple Street in Rocky Mount.

Hawkins, 35, currently is in federal prison for a federal probation violation for weapons and drug charges. He now faces additional charges of first-degree murder, first-degree kidnapping, attempted armed robbery and felony breaking and entering in connection with the death of Perry.

Puckett said Hawkins has a past record that includes charges of attempted first-degree murder, two counts of possession of stolen goods, 14 counts of felony breaking and entering, larceny of a firearm, two counts of obtaining property by false pretense, robbery with a dangerous weapon, assault with a deadly weapon with intent to kill inflicting serious injury and possession of a firearm by a felon.

Cooper, 24, is not in custody and police are seeking the aid of the public in finding him. Cooper faces charges of first-degree murder, first-degree kidnapping, attempted armed robbery and felony breaking and entering in connection with the Perry homicide.

Puckett said the efforts of the media and especially the Fighting Crime website were instrumental in solving this case.

Puckett said that on Dec. 9, the day Nashville police worked with dive teams to look for evidence in the case, they received a tip that Hawkins and Cooper were responsible for Perry’s murder.

“Sergeant Shockley went to Charlotte that night and interviewed Hawkins,” Puckett said. “It was determined that he stayed at the Executive Inn in Rocky Mount during the time of the murder and he was taken into federal custody for a probation violation because he had left the Charlotte area.”

Puckett said Shockley also interviewed Cooper and that he confessed to the crime.

“Cooper knew details that were not made public. Guns that were collected from Cooper were a Taurus 9mm and AK-47 seized from Cooper’s grandmother’s residence,” he said. “Those guns were not used in the commission of the crime, but Cooper is a convicted felon and cannot legally possess any firearms and appropriate charges will be pending.”

Though Cooper confessed to the crime, he was not placed in custody at that time, Puckett said in answer to a question from the Telegram.

“At the time he confessed, we had to verify some of the information and we also had to present the information to the District Attorney’s office to make sure that we had probable cause to obtain warrants,” Puckett said.

Cooper still is on the run and Puckett said he feels it is unlikely he still is in the area.

“While we have not been able to apprehend Cooper as of the time of this release, warrants are outstanding for him and he has been entered as a wanted person for those criminal charges,” he said. “The U.S. Marshals Service is assisting in the location and arrest of Cooper.”

Puckett said that he considers Cooper to be dangerous and that he may have access to a weapon. Anyone who has information about Cooper’s whereabouts is asked to call the Nashville Police Department or other law enforcement officials.

Puckett said it appears that the motive for the killing primarily was robbery.

“Cooper said that he saw Marquis Perry with a large amount of cash — the amount is not known — and he then told Hawkins about it. Cooper sent pictures of the cash to Hawkins and they set up the robbery. The robbery turned deadly when the victim grabbed for what appeared to have been a firearm under the bed and Hawkins shot the victim,” Puckett said.

During the evidence collection, a gun bag was found but no gun was inside it. According to Perry’s girlfriend, a .25-caliber handgun was stolen, Puckett said.

He also gave special recognition to his own team.

“I am extremely proud of the work that our Investigative Unit has put into this case,” Puckett said. “Every lead that we have received has been investigated. There was very little evidence at the crime scene and while that evidence continued to be processed, Sergeant Shockley and Investigator Jones never stopped working to gather information on the individuals responsible for this horrific act.

“This investigation was a puzzle of many pieces that were put together to form a picture of what happened. Thanks to the hard work and dedication of all of those involved, some form of closure can finally be brought to the Perry family,” Puckett said.

One killed in Nashville home invasion

NASHVILLE —The Nashville Police Department is investigating a homicide that took place this morning at the Oak Tree Apartments in Nashville.