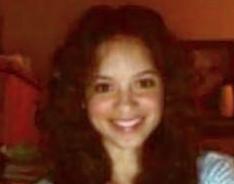 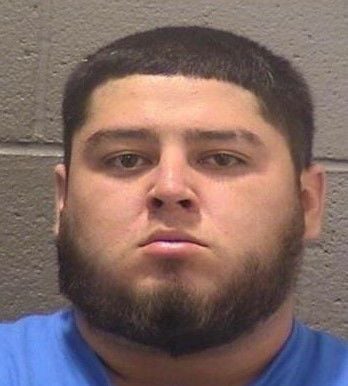 An area woman learned Thursday that a man had been arrested in connection with the murder of her daughter, Faith Hedgepeth, who was killed just over nine years ago in Chapel Hill.

Connie Hedgepeth, who lives near Hollister, was notified Thursday morning of the arrest of Miguel Enrique Salguero-Olivares, 28, of Durham. Until Thursday, no arrest had been made in connection with the death of her daughter Faith, who was killed at the age of 19 while she was a student at UNC-Chapel Hill.

Salguero-Olivares was charged with first-degree murder and is being held without bond in the Durham County jail.

At a news conference Thursday afternoon at the Chapel Hill Town Hall, Connie Hedgepeth said she has been waiting a long time for this news.

“When I got the news this morning, I didn’t do anything but cry and thank God and praise God because I put it in his hands and it was his timing,” she said.

Faith Hedgepeth was found dead on Sept. 7, 2012, in a friend’s off-campus apartment in Chapel Hill. Hedgepeth, a member of the Haliwa-Saponi Tribe, was a sophomore biology major at UNC-Chapel Hill at the time of her death. She was reportedly planning to become a pediatrician and return to work near her home.

Connie Hedgepeth said she is grateful for the perseverance of law enforcement officers who worked diligently on her daughter’s case over the years.

“I thank the Chapel Hill Police Department, the SBI and anyone who had a hand in investigating this case. I thank them for their hard work and their labor paid off,” she said. “When I cried, it was tears of joy, tears of relief, knowing that someone had been arrested in her case.”

In an interview with the Telegram published on Sept. 12, 2012, Faith’s sister Rolanda Hedgepeth said she was willing to be patient for investigators to thoroughly evaluate the events leading to her younger sister’s death.

It has taken more than nine years for that arrest to come, and DNA evidence seems to have played a large role in the arrest.

State Attorney General Josh Stein said at Thursday’s news conference that over the years, 13 analysts worked 53 submissions of evidence from the case and analyzed 229 different samples to rule out suspects before generating a DNA match Wednesday to a sample provided by law enforcement officers.

“As a result, an arrest a decade in the making has been made,” Stein said. “Sometimes justice is swift — other times it takes longer.”

Nash County Commissioner Gwen Wilkins said she is glad to see justice come for her cousin’s family. Wilkins and Connie Hedgepeth are first cousins, she said.

“It has been a long time, but they got him,” Wilkins said Thursday in an interview. “Connie always leaned on the Lord, but it has been hard for them all these years not having an arrest.”

However, Wilkins said the family still has a long way to go before the nightmare is over.

“When I think about what Connie and her family will have to go through with this investigation and the coming trial, I know it will be very hard for them to get through,” Wilkins said.

“Patience will be asked of you,” Chapel Hill Police Chief Chris Blue said. “This story will take time to completely unfold.”

“This investigation is not complete,” she said. “Our work is not done.”