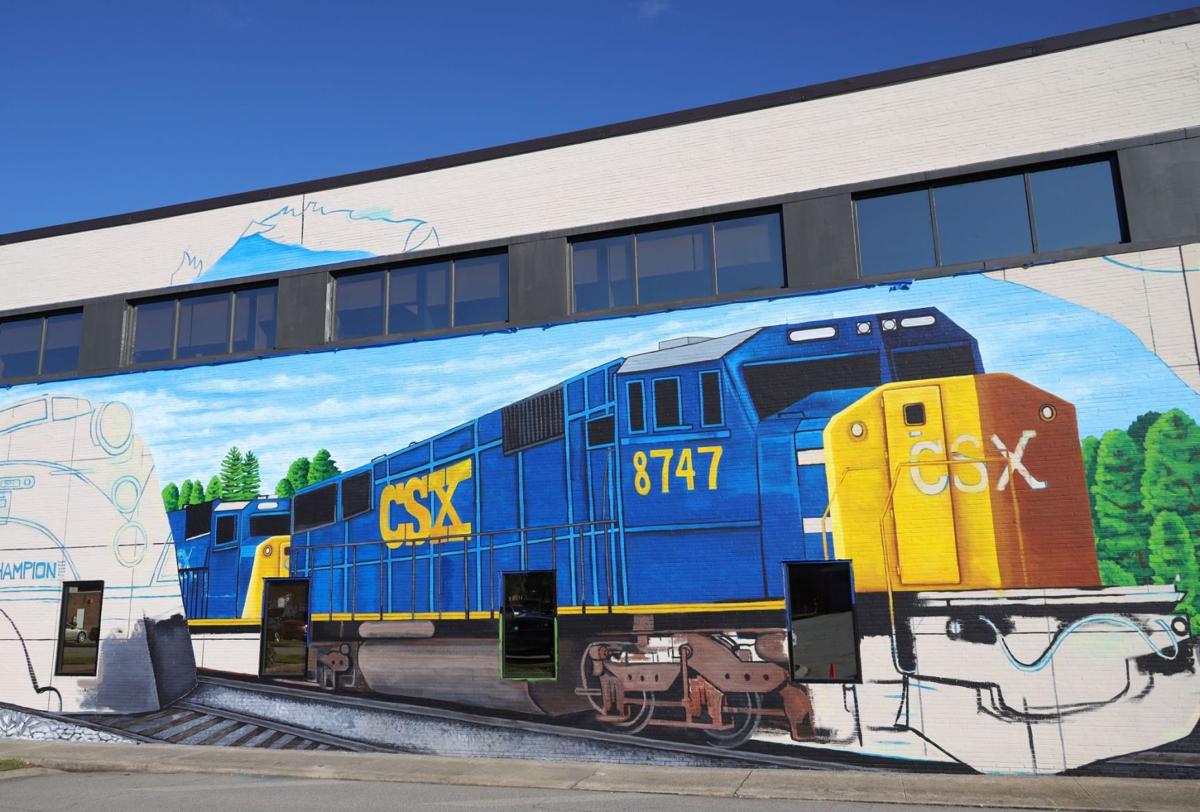 A mural of the Seaboard Coastline Railroad’s flagship passenger train, The Champion, is rapidly taking shape on the side of the Station Square building in downtown Rocky Mount.

Ashley Fabrizio works on her mural on the side of the Station Square building in downtown Rocky Mount. 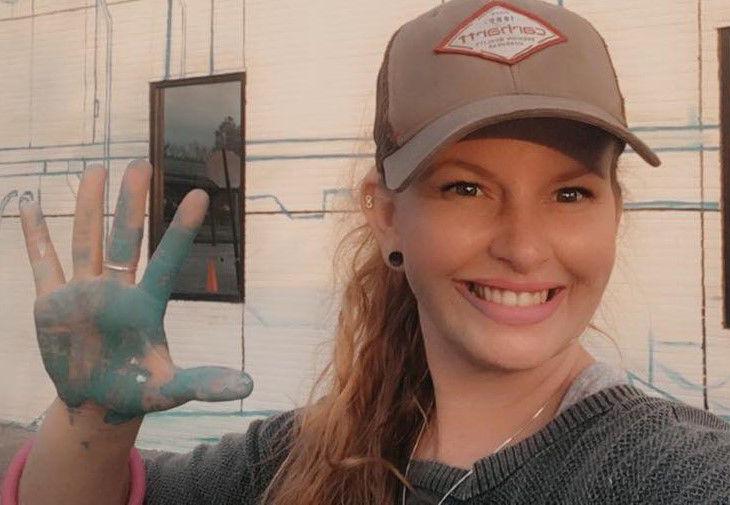 A mural of the Seaboard Coastline Railroad’s flagship passenger train, The Champion, is rapidly taking shape on the side of the Station Square building in downtown Rocky Mount.

Ashley Fabrizio works on her mural on the side of the Station Square building in downtown Rocky Mount.

In its heyday, The Champion was Seaboard Coastline Railroad’s flagship passenger train, leaving New York City’s Penn Station at 12:30 p.m. and arriving in Jacksonville, Fla., early the next morning.

The line, which ran from 1939 through 1979, made Rocky Mount one of its stops. So eye-popping were the train’s colors and sleek post-industrial design, The Champion was nicknamed “the Sexy Train.”

Along with an equally compelling CSX freight train, The Champion is returning to Rocky Mount in the form of 125-foot by 30-foot mural on the side of Station Square, the increasingly bustling centerpiece of the city’s rapidly renewing downtown district.

The mural seeks to highlight the area’s historical relationship with railroads — and its future.

“The history of the Atlantic Coastline Railroad in Rocky Mount goes way back,” said Marion Clark Weathers, an artist and designer based at Goose Creek Studio.

Weathers was asked last summer by Carolinas Gateway Partnership, the economic development organization serving Rocky Mount and surrounding communities, to design the mural and find an artist with the technical skills, interest and energy level to complete the work.

In researching possible themes, she pondered design and color considerations as well as local economic significance.

“When I saw this gorgeous hot pink and purple train with all this silver and yellow, I went ‘whoa — that’s a great train’,” Weathers said.

For its part, CSX fits neatly into Rocky Mount’s current business landscape. The community is set to see more of the company’s trains as completion nears on its 330-acre Carolina Connector, a multi-modal cargo hub CSX expects to open next year near N.C. Wesleyan College. The $160 million project will bring job opportunities as well increased rail activity to the region.

Daily passenger rail service once offered by The Champion is now available through Amtrak, which continues to connect travelers from Rocky Mount with cities along the East Coast.

A teacher and fine artist, she has painted murals before, but never one so large as this.

“It’s by far the biggest painting I’ve ever done,” she said.

Excited by the challenge of a project with such public significance, she temporarily suspended other commissions in order to start — and finish — work on the mural before winter temperatures complicate painting outside.

Fabrizio was one of nearly a dozen mural artists asked to submit a proposal for the work. Setting her apart was a well-considered plan for executing the work.

“I had an organized outline of what my strategy and methods would be,” she said.

The project requires not just talent and energy but also technical capability. Fabrizio has access to a bucket truck and operates an industry-grade scissor lift, for example, donated for use during the project by her stepfather, who works as a cable-splicer.

“This girl has skills,” Weathers said of Fabrizio.

The fact that she was local also helped. Born in Connecticut, Fabrizio arrived in Nash County as a youth with her family. Today, the energetic mother of two now calls Wilson home and operates her art business out of Bel Air Art Center, just a block and a half from Station Square.

“But the really cool thing about Ashley is her enthusiasm,” Weathers said.

It is the first project on which Fabrizio and Weathers are collaborating. But it may not be their last.

Officials at Carolinas Gateway Partnership, which raised private funds to support the train mural, are already piecing together a vision for additional murals. Weathers, who formerly worked as communications manager at the Rocky Mount Area Chamber of Commerce, is currently working on plans for a cohesive design strategy for future downtown murals, teaming with the partnership and other community leaders.

The train mural at Station Square is set for completion this month. The 100,000-square-foot building is home to a coffee house, wine bar and more. Fabrizio and Weathers’ vivid artwork will attract more attention to the site. The mural project already has generated a buzz on social media and attracted local curiosity-seekers.

The work is also designed to last. Two coats of high-quality sealer will protect the painting from UV rays, rain, dust and other elements, Fabrizio said.

“This mural will last 20 to 30 years,” she said, rushing to maximize every minute of late-November daylight.

While finishing the train mural on time is clearly the priority, Fabrizio has one eye on similar projects in the near future.

“I’m hoping for more opportunities after this is done and that we can have murals popping up all over Rocky Mount,” she said.